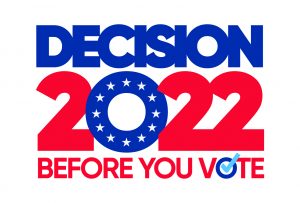 Governor Ron DeSantis and U.S. Senator Marco Rubio, both national political figures, are expected to easily win renomination from Republican voters as they seek reelection to their respective positions against Democrat challengers still to be determined in the 2022 primary election process.

The debates are planned to occur in mid-October 2022 on the campus of Palm Beach State College in Lake Worth. The anchoring partners on the project include The James Madison Institute, AARP Florida, the LeRoy Collins Institute, and the Florida Press Association. Underwriting sponsors already committed to the project include the Florida League of Cities and AARP. Two more sponsors are expected to join.

The debates are planned for live broadcast on a Tuesday night and a Thursday night in the same week, from 7-8 p.m. Eastern, except in Florida’s Panhandle communities of Pensacola and Panama City, where they will be broadcast one hour later (7-8pm Central).  Members of a consortium of network affiliate television stations – one in each Florida market – are committed as broadcast partners. WPBF-Ch. 25/ABC, the Hearst station in West Palm Beach, will again be the producing station.

Alongi Media will produce both debates. The global media company was founded by former longtime NBC News Executive Producer Phil Alongi Sr. and is jointly operated by Phil Alongi II, Executive Producer and alumnus of PBS and NBC News. The highly decorated father and son duo run a team of producers who have won more than 100 Emmy Awards for debates and broadcast specials. Alongi Media produced the successful and highly acclaimed 2016 “Before You Vote” debate in which Sen. Rubio faced former Congressman Patrick Murphy, and the similarly successful 2018 debate in which then-Congressman Ron DeSantis faced former Tallahassee Mayor Andrew Gillum. As in those prior debates, WPBF anchorman Todd McDermott will moderate the programs with a select panel of journalists, to be determined.

Here’s the lineup of broadcast partners in Florida’s 10 distinct markets:

The debates are expected to be simulcast on statewide public radio, on participating TV stations’ websites, and on daily newspaper websites – with a national rebroadcast expected on C-SPAN after each of the live debate programs has aired. Partners in the project have been diligently working throughout the year to prepare the debate project for going forward in a vitally important 2022 election year. They expressed unified support for again producing reliable, high-quality debates to help inform millions of Florida voters.

“We are honored and excited to be the host site for these important debates in the most respected televised political debate series in Florida’s modern history,” said Ava L. Parker, president of Palm Beach State College. “In addition to this being a major education tool for our campuses and community, the larger statewide community of voters will also greatly benefit.”

Dr. J. Robert McClure, President and CEO of The James Madison Institute, said the debates are an important opportunity for citizens seeking information about state leaders.

“Meaningfully, this ‘Before You Vote’ series will help voters learn more about the candidates and where they stand on the issues that matter most to millions of Floridians,” he said. “The cumulative audience for these vital forums is understandably expected to be tremendous.”

Jeff Johnson, AARP Florida state director, echoed the critical value of the debates to compare and contrast the candidates.

“As the nation’s third largest state, with the highest per capita population of older Americans, Florida looks forward to learning the candidates’ positions on key issues of concern,” he said. “Every demographic segment of our nearly 22 million people will benefit from these high-profile conversations.”

Dr. Lonna Atkeson, Director of the LeRoy Collins Institute, also spoke to the need for debates at a key crossroad in the life of the state and nation.

“In a sharply divided political time of our history, spirited but civil debates are vitally key to getting the facts and truth about our leaders and their policy positions,” she said. “The heart and soul of our democracy and the Republic itself rely on leaders helping to solve our shared problems.”

Jim Fogler, President and CEO of the Florida Press Association, talked about the importance of straight news reporting on the 2022 election cycle as something voters genuinely need and deeply value.

“We expect massive media coverage of these 2022 races and debates for Governor and U.S. Senate – and that helps an informed electorate to make their best and most thoughtful decisions,” he said. “We’re proud to be a part of this diverse nonpartisan team committed to producing the highest quality debates.”

Caroline Taplett, President and General Manager of WPBF, talked about the credibility of the debate series over the past 20 years.

“This ‘Before You Vote’ televised debate series has served the state and its citizens so well in the past several election cycles – and the 2022 edition is committed to the same level of fair and excellent dialogues,” she said. “Our incumbents, Governor DeSantis and U.S. Senator Rubio, know this series well from having participated in it during their last elections, and we respectfully expect them and their Democrat opponents to accept the invitations to debate.”

More details about the “Decision 2022: Before You Vote” debate project are expected to be revealed early in 2022, including the criterion for major candidates’ participation in the debates.

About AARP Florida
AARP is the nation’s largest nonprofit, nonpartisan organization dedicated to empowering people 50 and older to choose how they live as they age. With a nationwide presence and nearly 38 million members, including 2.8 million in Florida, AARP strengthens communities and advocates for what matters most to families: health security, financial stability, and personal fulfillment.

About Palm Beach State College
Founded in 1933 as Florida’s first public community college, Palm Beach State has grown from three classrooms and 41 local students to five campuses and more than 40,000 students from more than 157 countries. One of the top producers of associate degree graduates in the U.S., PBSC also offers baccalaureate degrees, professional certificates, career training, and corporate and continuing education.