Paul Tash inducted into the Florida Newspaper Hall of Fame

Paul Tash inducted into the Florida Newspaper Hall of Fame 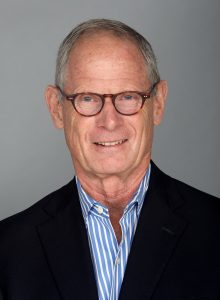 Paul Tash started with the then-St. Petersburg Times as a local news reporter in 1978 and worked his way through various jobs to become chairman of the company before retiring this year (2022).

The Tampa Bay Times is the largest news organization in Florida, and while Tash was chairman, its journalists won eight Pulitzer Prizes. He remains the chairman of the Poynter Institute for Media Studies, a school for journalists and media leaders, which owns the newspaper.

Tash has served on the boards of America’s leading journalism organizations, including the Associated Press, the Committee to Protect Journalists, and the Pulitzer Prizes, where he was the chairman. In Florida, he was the longtime chairman of the First Amendment Foundation.

Paul is married to the former Karyn Krayer, who taught at St. Petersburg High School for decades. They have two grown daughters, a physician and a lawyer, and twin grandchildren.