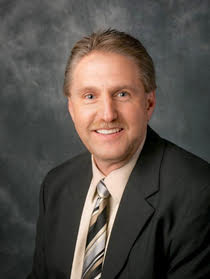 John Shank is joining D-R Media in Florida as vice president and group publisher. He will be overseeing the D-R Media weekly newspapers in Lake, Polk, and Sumter counties.

D-R Media President David Dunn-Rankin said, “we are thrilled John is joining our leadership team.  We believe in the growth potential of our business, and John is the right person to help us build an even better future.”

Shank is a long-time career newspaperman who has been immersed in all facets of the business, including the nitty-gritty work of selling ads, building a weekly paid circulation, writing and overseeing editorial content, and running small groups of weeklies.

For the past 33 years, he has worked with News Media Corporation, a family-owned newspaper company with dailies and weekly papers, most recently as Chief Operating Officer. Before that, he served as Division Publisher for ten years overseeing publications in Illinois, Wyoming, Arizona, and California.

Shank and his wife, Maria, have been married 28 years. They are the happy parents of three adult sons and proud grandparents of a granddaughter who will be turning two next month.

The Shanks call themselves long-suffering Chicago sports fans and enjoy returning to Wrigley Field when possible. They enjoy spending time at the beach, golf, bowling, pickleball, and bike rides, as well as walks with their Shih-poo, a cross between a Shih Tzu and a toy poodle.

Shank is familiar with Florida, having visited several locations across the state, including Venice, where his sister-in-law resides.

The corporate office for D-R Media and Investments LLC is at 300 S. Tamiami Trail in Venice.

Shank’s first day with D-R Media will be April 18. He can be reached by email at jshank@d-r.media