When a law is working, why change it?

When a law is working, why change it? 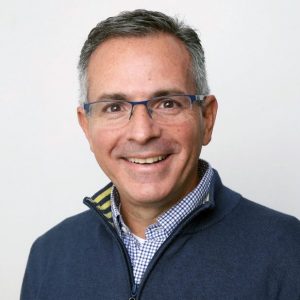 Last year, the Florida Legislature passed a Public Notice Bill that went into effect on January 1 of this year, with the goal of bringing more media players to the table, creating more competition and lowering costs, making public notice more accessible, and keeping the government’s activities in the public. And from our perspective, the new law is working. Since the beginning of the year, we have 11% more newspapers that can now qualify under the new law to receive public notices to share with their readers.

In spite of the new law’s initial positive impact, the Legislature is once again attempting to abolish the requirement that governmental agencies publish legal notices in newspapers.  This action would push government actions further into the shadows and make it harder for Floridians to learn about public policy issues, make their voices heard, and hold their leaders accountable. House Bill 7049 is moving us in the wrong direction.

The newly filed House bill flips public notice on its head by reducing government transparency. Putting legal notices on government websites means very few Florida citizens will ever read them. Public notice, along with public meetings and public records, have been part of our nation’s commitment to open government since the founding of our Republic.

From the perspective of efficient use of technology, I believe the bill takes a step backward by placing these notices on government websites. The Florida Press Association spent the last nine months with their new tech partner Column, a company that just relocated to Miami to help newspapers implement the new law.  Together, we modernized a website which aggregates and places all of the notices under one umbrella – it’s called floridapublicnotices.com.  We invested hundreds of thousands of dollars upgrading this website to serve Florida’s state government, as well as its towns, municipalities, businesses, and taxpayers. And, it’s free for the public to use.

If this new bill passes, city and county governments will be required to recreate the same infrastructure we already created to make notices easily searchable, mobile friendly, and provide email notification upon request of a specific notice (which newspapers do today).  Recreating that infrastructure will have a significant cost, not a cost savings.  In addition, without a major investment in marketing to direct citizens to hundreds of government websites, the public will not know where to find public notices, which will significantly reduce notice.

Newspapers in Florida alone reach 5.6 million readers in any given week, and our websites typically reach more audience than most city or county websites. Our websites draw a minimum of 53 million unique online users in any given month.

With notices in newspapers — in print and online — it provides a verifiable public record through sworn required affidavits of publication.   Does the government really want to take on this responsibility of residents not being properly notified?

In closing, 250 years ago our founders wisely decided to place public notices in a public forum — newspapers – an open space where The People were most likely to see them.  We firmly believe that public notices should remain in newspapers, not placed on hundreds of different government websites with the hope that people will find them.

It’s important there’s transparency when it comes to how our elected officials govern, and newspapers are in the business of informing the public.  Please feel free to call your local legislator to share your views, before it’s too late.